Jason's Thoughts
An individual that cares about the people side of programming.
Posts Transformative Communication Second Edition
Post
Cancel

Communicating is hard. It is harder when that communication is intended to have an impact on those who receive it. It is too easy to be too accommodating and lose the thread of intent. It is also too easy to forget about the context of the audience and make the message unaccessible to them. By using a simple quadrant graph, I will talk about how to examine the effectiveness of your communications. 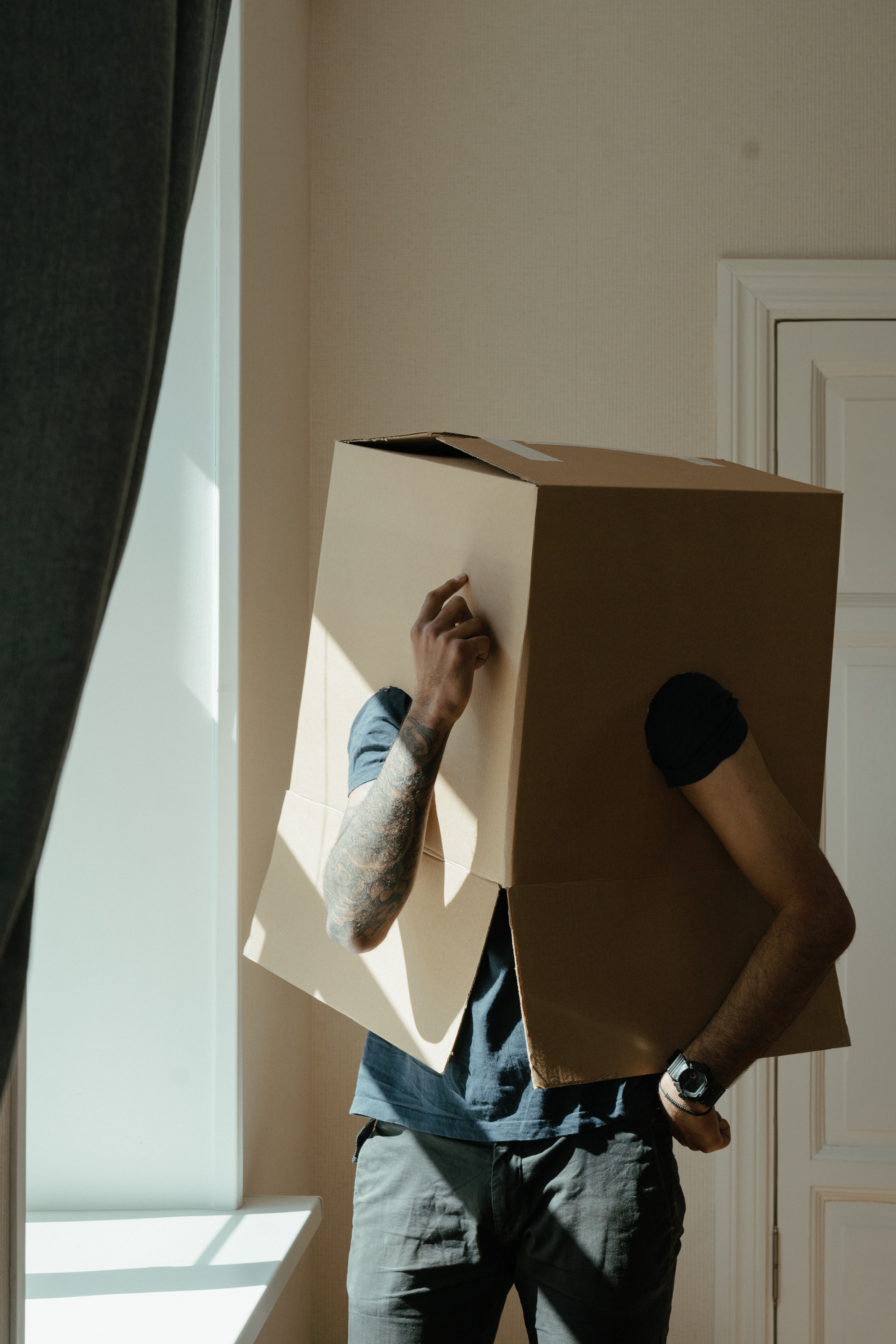 I wrote about this concept back in 2015. Back when I wrote about it, I did not have as much context as I have now. So, this is the second edition of that write up.

Pastor Rob Horne, of Peñasquitos Lutheran Church, introduced me to this interesting way to examine transformational messaging back in 2015. When he talked about the simple way to trouble shoot the impact of transformational messages, I knew he had discovered something golden. At that time, I did not really understand how impactful it could be. Six years later, rereading what I wrote about the technique, it hits me that this is really an important tool for helping communicate in so many contexts. I believe Pastor Rob Horne really did discover a truth about conveying information.

We take the following two vector, four quadrants, graph. The first vector is Cultural Accessibility and the second vector is Intended Meaning. 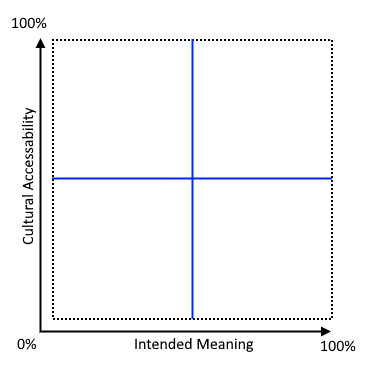 A Way to Use it

When communicating information to a group of people it is easy to lose the message. By thinking about Cultural Accessibility and Intended Meaning, we can both plan our communication better, and examine what went wrong in retrospect.

When delivering a message to a group of people, it is easy to forget the people the message is intended for. We can get wrapped up in the idea of the message, or even the act of delivering that message. We must ask if we are respecting the people who intended to receive the message? Is there someone from the intended group that can give us feedback on the approachability of the message, and to whether they received the correct message?

If we have tested the messaging on a focus group, have you incorporated what you learned?

How did the intended group react to the messaging? Which quadrant does the reaction fall into? Did people ignore it? Did they all accept it to mean something different? Did they rebel against it? By examining their reaction, you know what you were lacking.

A company is planning a major policy change. They have done research and have determined that this policy change will improve productivity. The executives have been working hard on drafting the policy so that is makes since and conforms to the various laws regulating it. Realizing that those who wrote the policy are too close to it, they invite a few of their employees to read over the messaging regarding the policy change.

They quickly realize that the phrasing causes fear and uncertainty. They make a few edits and decide that the initial announcement will be done in an all hands rather than an email. All of this was to increase the accessibility.

When both Accessibility and Meaning are low, you leave your audience with confusion. Here, they cannot digest what you are saying, nor is your message intact. 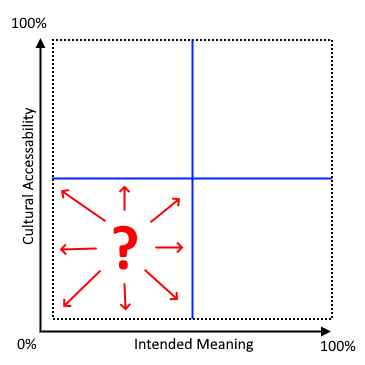 Since they cannot digest your message, and your message has no discernable meaning people will ignore the message. It will be forgotten without any impact. It is noise and nothing more.

A company has a new gym available to its employees. After the meeting, the only thing being talked about is how that meeting was a waste of time. No, one joins the gym, and no one even knows it is made available.

When Accessibility is high, but meaning is low. You get chaos. Everyone hears the message and connects to it but there is no meaning that can be derived. 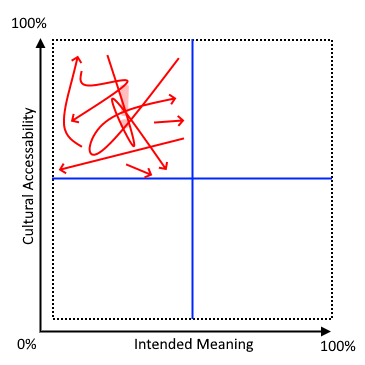 When a message falls in this quadrant the people who hear it desperately try to connect to the message; but with no discernable meaning, they create their own. People have trouble finding commonality to the meaning they gained from the message. What is worse, is since the meaning is personal, that means this type of messaging draws people who are already likeminded to being closer. This happens at the same time as it pushes people with different points of view farther apart.

Messaging that falls in this quadrant can sow disharmony and malcontent all the while being pleasing to hear.

A school is having a charity drive. After the meeting, people are in friend groups discussing. Some are angry about the politics underpinning the drive. Others are happy that sports are being included. Others still are angry that sports are not being included. Where others think the administration does not need more money for computers those computers should go to the kids.

No one knows what is actually happening, but everyone is engaging in it.

When accessibility is low, but the meaning is high, you have a Walled Garden. People who want your message cannot access it. 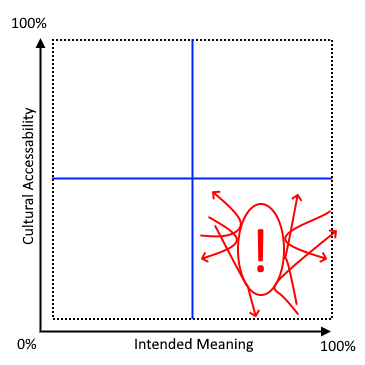 When messaging fails in this quadrant it is emotional. People hear your message, and because the respect for their context is so low, they take it as an attack. You obviously took time to ensure your meaning was present even above those who would receive it. Since the information is not digestible to those it is aimed at, it is not hard to assume that the obfuscation of intent was intended.

A company is rolling out a new policy they feel will improve productivity and effectiveness. They deliver the message, and people are angry, scared and some of the best employees quit.

Examining messaging before it is sent out is important; especially important if there is a power gap between sender and recipient. This tool gives a simple way to examine your communications beforehand and help you think through how to deliver it.

It is especially powerful when examining communications that fail. By looking at the reactions of the intended audience, you can determine:

This can help you better refine how you communicate in the future.